Kilgore College welcomed ex-students, faculty and staff back on campus the week of Oct. 24 with an abundance of activities to celebrate KC Homecoming.

Humphrey, the son of Keesha Humphrey, was representing Stark Hall and is majoring in photography and plans to earn a four-year degree in engineering. 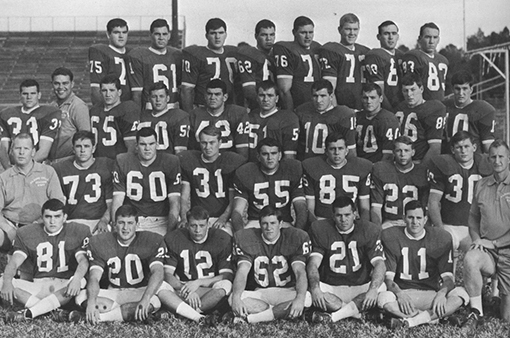 PHOTO ABOVE: Members of the 1966 football team were honored in 2008 as inductees into the KC Athletics Hall of Fame. They are being introduced this year as KC's Ex-Students of the Year.