After winning the Region XIV Tournament, the work really begins for the Kilgore College men's team as it learned today its seeding for the NJCAA Division I Basketball Championshps that begin April 19 in Hutchinson, Kan.

The team met on campus today to watch the live NJCAA selection show which announced the Rangers' opponent in the first round of the national tournament.

HOW TO LIVESTREAM THE D1 MEN'S BASKETBALL TOURNAMENT FROM HUTCHINSON:

To watch the KC men in the national tournament, a single game pass or a tournament pass is required to purchase.

Here's how to purchase the livestream: 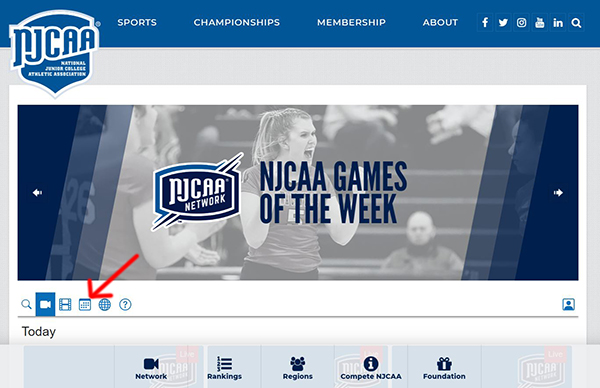 About the Rangers and the NJCAA tournament:

This is the first time since 2013 that the Rangers have qualified for the NJCAA tournament, that year receiving an at-large bid with a 26-5 record.

In the 2013 tournament, KC defeated Shelton State College in the first round, 80-58, but was eliminated in the second game by Spartanburg Methodist, 53-51, ending the season with a 27-6 record under head coach Brian Hoberecht.

This is the sixth time in school history that the KC men's basketball team has qualified to compete in the national tournament in Hutchinson. They won national titles in 1956 and 1958 under head coach Joe Turner, and competed in the tournament in 1964, 1994 and 2013.

This season, the Hutchinson Blue Dragons are 18-6 overall with a conference record of 15-5.

The Blue Dragons lost in the Region 6 championship game, 116-107, to Cowley College, but received an at-large bid to this year's tournament.

KC is coming off a win over Trinity Valley Community College by a point, 68-67, to claim the conference title and a trip to Hutchinson.

TVCC (22-2) received an at-large bid (No. 9 seed) to the NJCAA tournament as the only other team out of Region 14 to qualify.

The tournament is single elimination and runs from April 19-24 at the Hutchinson Sports Arena.

All games will be streamed live with subscriptions at www.njcaa.org/network.