Former Kilgore College Ranger and current Philadelphia Eagles football star Lane Johnson has given a $500,000 gift to the college to construct “The Lane” Athletic Performance Center.

The facility will encompass 3,800 square feet of what currently is a large, mostly unused locker room and dressing facility in the same building that houses the Parks Fitness Center.

It will include state-of-the-art weight and training equipment for use by all sports at the college including football, basketball and softball.

“I wanted to give back to one of the places that was pivotal for helping with my success,” Johnson said.

Johnson said he has always been told to try to leave a place better than how he discovered it.

“I'm finally in a place where I can make these things a reality and inspire the next generation to chase their dreams,” Johnson said. “It truly is an underdog story – coming from small town East Texas to a JUCO to making it in the NFL and winning a Super Bowl.  My whole purpose is to show them that they can accomplish anything they set their minds to. The only ones who are going to stop them are themselves and people who are trying to diminish their confidence. I am excited for the future of Kilgore College athletics and look forward to watching this program compete for championships.”

The gift is one of the largest gifts ever given as a single donation to the athletics department at KC.

Construction on “The Lane” Athletic Performance Center is set to begin in the upcoming months and is expected to be completed in the spring of 2020.

Johnson, from Groveton (Texas), was a standout athlete at KC during the 2008 football season playing both quarterback and tight end under head coach J.J. Eckert.

After playing a year at KC, he signed with The University of Oklahoma where he redshirted in 2009 and played as a tight end and defensive end in 2010.

As a junior in 2011, he switched to offensive tackle for the Sooners and started 12-of-13 games at right tackle.

He switched to left tackle as a senior in 2012 and started 11-of-13 games and was named a third team All-American by CBSSports.com, All-Big 12 Second Team and Academic All-Big 12 First Team.

Johnson was selected by the Philadelphia Eagles as the No. 4-overall pick in the 2013 NFL Draft.

Johnson played a vital role on Philadelphia’s Super Bowl LII-winning offensive line and finished the 2017 season with his first career Pro Bowl nod as well as first-team All-Pro honors from the Associated Press. 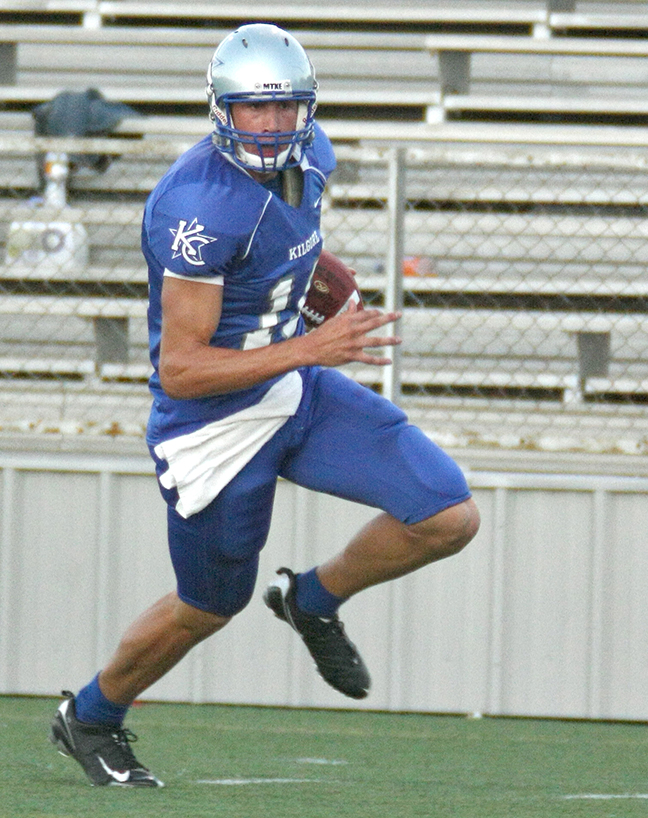 PHOTO ABOVE: Lane Johnson, from Groveton (Texas), was a standout athlete at KC during the 2008 football season playing both quarterback and tight end under head coach J.J. Eckert.