Kilgore College student DeLancey Torres is among 25 Phi Theta Kappa (PTK) Honor Society members who will have their writing published in the 2020 issue of PTK’s online literary journal, Nota Bene.

Torres, a nursing major from Tyler, was one of 370 PTK students who submitted writings for the 2020 competition.

The competition is judged by current and retired college faculty and staff from across the country, showcasing the outstanding writing of PTK members.

The digital issue will be available on www.ptk.org this winter.

Kasey Bull, a student at Greenfield Community College in Massachusetts, has received Nota Bene’s highest honor, the Ewing Citation Award of $1,000, for her body of work, “Nostalgia,” “On Moving” and “Simplicity.”

The award is named in honor of the late Nell Ewing, a long-time PTK staff member who oversaw Nota Bene and retired in 2012.

Four additional authors will each receive a Reynolds Award of $500.

The Reynolds Award recipients are:

Phi Theta Kappa is the premier honor society recognizing the academic achievement of students at associate degree-granting colleges and helping them to grow as scholars and leaders. The society is made up of more than 3.5 million members and nearly 1,300 chapters in 11 nations, with approximately 240,000 active members in the nation’s colleges. The faculty sponsor for PTK at KC is Paul Buchanan.  Learn more at www.ptk.org. 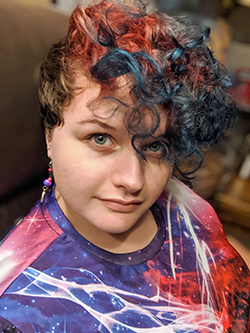 For more information about PTK