Recipients of the awards were Thomas H. Brown for student success and Kelcy L. Warren for alumni success.

PHOTO ABOVE: Pictured with Warren in his Dallas office are KC President Dr. Brenda Kays; KC Director of Development Leah Gorman; and Mandy O’Neill, a former Rangerette who works for Leukemia Texas. O’Neill nominated Warren for the prestigious award. 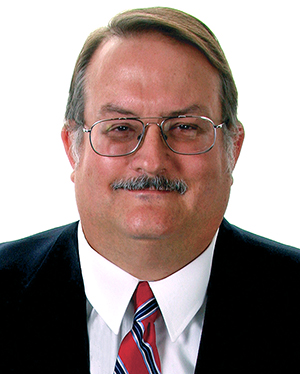 Thomas H. Brown has spent the majority of his professional career practicing law in the East Texas area.

Brown serves on a vast number of civic and service organizations and is currently a member of the KC Foundation Board of Directors where he has donated countless hours of pro bono legal assistance.

Brown earned a Bachelor of Business Administration degree from Stephen F. Austin State University and a Juris Doctor degree from St. Mary’s University School of Law.  He has practiced law in Kilgore since 1983 and is a shareholder of the Law Office of Thomas H. Brown, PLLC.

He is also a former director and incorporator of the Kilgore Youth Softball Association, the East Texas Electric Eels (youth swimming organization) and the Million Dollar Advocates Forum.

Brown was honored with the Special Leadership Award by the Roy H. Laird Memorial Foundation in 2008, named a Martindale Hubbell Rated Lawyer AV (highest rating) and was named in the Top Lawyers of Texas for 2013, 2014, 2015 and 2016.

Brown has been married to wife, Jan, for 30 years and they have two children, Margaret and Rebecca.

About the Award: The Kilgore College Blue Ribbon of Excellence for Student Success is an award presented by the college to celebrate and honor the partnerships formed between the institution and community members or businesses dedicated to the furtherance of KC's mission. Taking from pride in our school colors, the blue ribbon and the silver medallion symbolize the important ties within our community and the generous contributions our partners provide to ensure a legacy of student success. 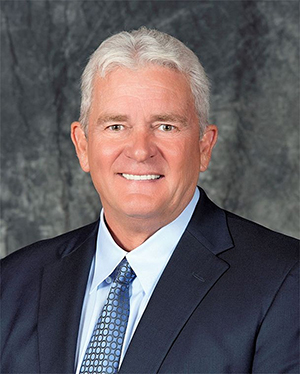 Kelcy L. Warren was born in Gladewater and raised in White Oak, graduating from White Oak High School.  He attended night classes at Kilgore College, working in the East Texas oilfields during the day.

After graduating from the University of Texas at Arlington with a degree in civil engineering, he settled in Dallas and has been in the energy industry for more than 30 years.

Warren oversees the Energy Transfer family of partnerships, one of the largest and most diversified portfolio of publicly-traded energy partnerships in the country.

Energy Transfer is one of the largest retailers of gasoline in the United States, employing more than 29,000 employees in 22 states.

Warren has been recognized by numerous energy and business organizations for his accomplishments and contributions to the energy industry.

In addition to his work in the energy business, Warren serves on the board of directors for The Klyde Warren Park, The Lamplighter School and the UT Arlington.

He also serves as Commissioner on the Texas Parks & Wildlife Commission, is a member of the Texas Lieutenant Governor’s Energy Council and supports the Boy Scouts of America and a number of other children's charities around the country through Cherokee Crossroads, Inc.

About the Award: The Kilgore College Blue Ribbon Medal of Excellence for Alumni Success is an award presented by the college to celebrate and honor the accomplishments and successes of our distinguished alumni. Taking from pride in our school colors, the blue ribbon and the silver medallion symbolize the enduring ties between the college and our students and recognizes the important contributions our alumni make within their chosen fields and communities.